Digital Billboards - The Future (And Now) of Outdoor Advertising 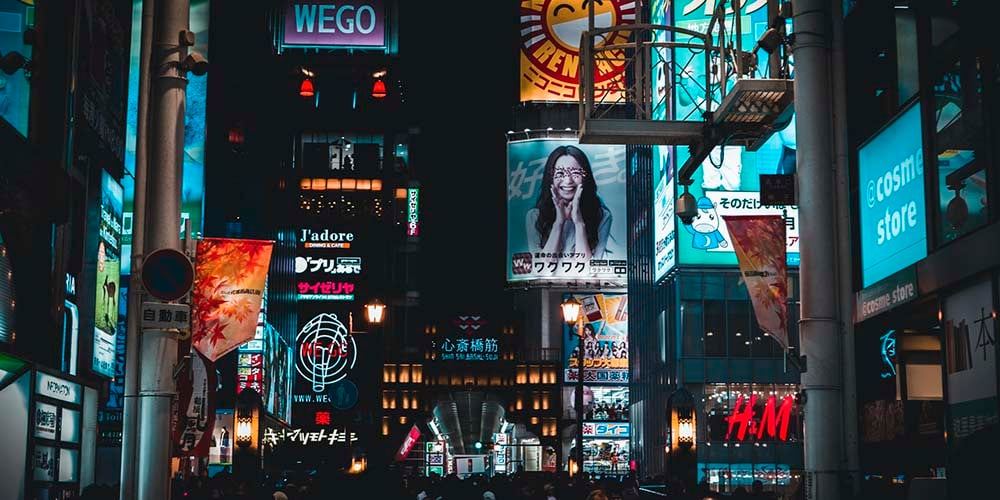 Everywhere we look, we're surrounded by advertisements. Websites are papered with them, and our favorite television shows are bursting at the seams. As a result, innovative thinkers continue to work hard to find paths that reduce our everyday exposure to advertisements, especially in digital media. Ad blockers and ad-free subscriptions are constantly improving the user's perceived experience by reducing what is commonly referred to as "ad fatigue."

Unfortunately, these technological innovations make it harder than ever for brands to stand out to potential consumers, and expensive ad spaces are witnessing decreasing returns on the initial investment. Meanwhile, one facet of advertising is experiencing unprecedented growth. In fact, out-of-home advertising has consistently outpaced general advertising growth rates since 2014.

As of the beginning of 2020, out-of-home ads (OOHA) are set to outpace newspaper ad spending for the first time ever with a world-wide forecasts showing the industry growing to a weighty $40.6 billion. Finally outpacing print newspaper ads may not appear shocking, but it marks the increasing destabilization of that market and the continued survival of what was also deemed to be a dying breed of advertising just a couple of decades ago.

The Facts About Digital Billboards

Despite what assumptions you may have regarding billboards, there are three keys facts you should know about their digital cousins.

1. They're more effective than other digital forms of advertising.

A study performed by Nielsen in 2015 demonstrated that 75% of the people polled could remember seeing a digital billboard recently. A whopping 55% of those polled were "highly engaged" and could recall the exact call-to-action communicated by the billboard.

Experts in the field suggest that there are two primary explanations for increased engagement. Primarily, there is the fact that you cannot just skip or block an ad in real life. Even digital billboards are physical objects that grab passerby's attention without blocking desired content. As a result, digital billboards are treated as innocuous, and even helpful, objects given their less aggressive nature. Secondly, digital billboards are seen as an exciting new technological trend with a vast array of possibilities for innovation.

In the Nielsen study, 72% of people stated that they felt digital billboards were a "cool way to advertise", 71% believing they were better than online ads, and 46% preferring them to television ads. Given the data, it isn't surprising that four of the ten largest spenders in the world of OOHA are globally recognizable tech giants. Apple, Google, Amazon, and Netflix have each invested heavily in digital billboards, clearly marking a trend others should recognize.

2. They're more cost-efficient than other digital advertisements.

Despite the efficacy of digital billboards, they remain one of the more cost effective options, with the average ROI hovering around $5.97 per dollar spent. That is a whopping 40% higher than the average digital search ad.

In addition to a significantly higher ROI, billboards offer a steady audience. While other media forms are seeing a decrease in consumption or the the constant adaptation of ad-blocking technology, OOHA audiences remain steady, as the average person spends about 70% of their waking hours outside of the home.

As a result, global out-of-home advertisements are expected to grow 8.5% in 2020, following a solid ten year trend. Steady growth, real world appeal, and comparatively low cost mean that digital billboards should be on every company's radar.

3. They are increasingly able to tailor to your target audience.

If cost and efficacy weren't enough, programmatic advertising, AI, and other innovations promise to make your marketing campaign the most successful yet by only charging you when your ideal target audience is actually paying attention.

By using GPS data, companies like Clear Channel and Link NYC are able to gather more demographic data than ever before. The data is used to definitively confirm when your target audience is most likely to see your content. As a result, advertising companies are able to target your desired audience for pennies on the dollar. Companies like Blip and Link NYC charge for small increments of time on their digital boards, while maximizing your engagement.

For example, you can pay as little as $20 per day to have your digital ad pop up on the screen 527 times for 7.5 to 10 seconds. It may not seem like a lot initially, but, armed with real time demographic data, you can ensure that the right people see your ad at the time when they are most likely to respond to it.

The Future of Advertising