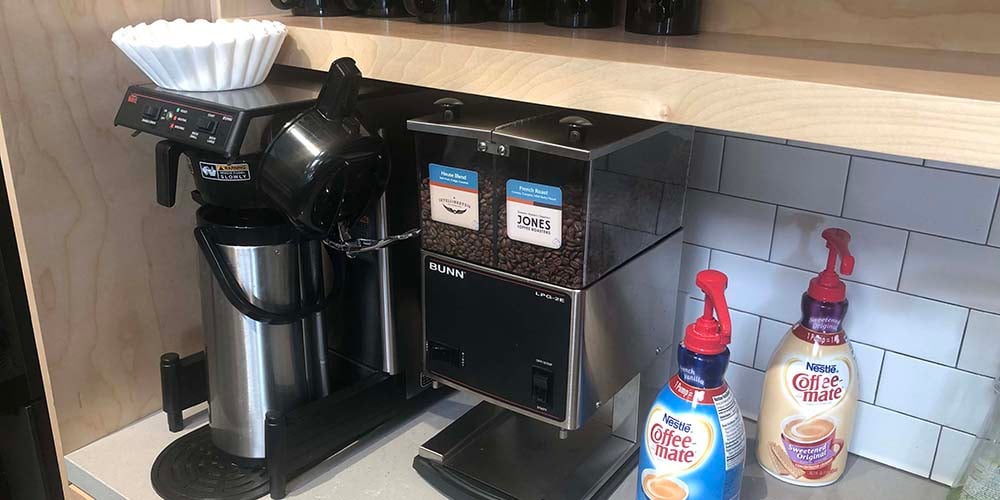 Caffeine is the most commonly used drug in the world, yet using this classification often makes people uncomfortable. It's unfortunate that the negative connotation of this particular four letter word regularly overshadows the real need to consider how caffeine interacts with the brain and body. Not all drugs are the same. In fact, caffeine, especially in the form of coffee, has documented benefits that directly correlate to its psychoactive properties.

As North America's most commonly consumed psychoactive substance, caffeine plays a primary role in the daily routine of hundreds of millions of people throughout the continent, starting with their morning cup of joe. The result is that a majority of the American workforce has some level of caffeine dependency that keeps them coming back for more. Fortunately, studies show caffeine causes a small enough boost in dopamine to prevent serious addiction, so there will be no need for you to start a crusade against coffee at the office. It's a good thing too. Not only would you cause a riot, but you would lose out on the daily productivity boost provided by a healthy office coffee culture.

The truth is, despite the occasional headache you might suffer when you skip out on your morning mug, the health benefits far outweigh the risks of caffeine dependency. These coffee- flavored perks are well-documented and can increase workplace productivity in more ways than one. In fact, scientists have tracked the effects of coffee in regard to physical performance, memory, attention to detail, heart health, liver health, and pancreatic health, all of which continue to come back with positive results. So, time to take a few minutes to discuss the variety of benefits that coffee brings with it, and why it is an important feature of modern business.

Caffeine has two major effects on the brain: adenosine suppression and dopamine production. In a caffeine-free brain, adenosine receptors bind with the biochemical responsible for gradually inducing sleep throughout the day. However, once caffeine is introduced, it actually mimics adenosine and binds with the receptors instead. Within twenty minutes of finishing your first cup of coffee, the caffeine starts to take effect, staving off weariness and keeping you sharp. These effects can last between two and twelve hours, depending on the individual and their previous exposure to caffeine.

While caffeine is preventing your mind from recognizing that you should be growing tired the longer you're awake, it is also stimulating low-level dopamine production as part of a complicated cocktail of other neurotransmitters. The result is that the consumer is more alert, able to process information more quickly, and is more likely to retain new information. In short, employees that consume caffeine in moderation are generally a smarter, faster version of themselves between 20 minutes and an hour after taking their first few sips of coffee.

Given the science supporting the positive effects of caffeine consumption, it may be worth your while to schedule office-wide meetings roughly an hour after everyone comes in, giving them a chance to enjoy your office coffee service prior to requiring their full mental arsenal. Fortunately, not all of caffeine's benefits are temporary. Recent studies have found that consistent, moderate caffeine consumption actually increases brain entropy over time. At first, that may sound like a negative side effect, but it's actually not. Nature's Scientific Reports explains that entropy is a vital part of normal brain function, and high entropy corresponds to higher information processing capacity. Put plainly, caffeine isn't just giving your employees a boost every time they ingest it, it is also creating lasting, beneficial changes.

The caffeinated mind may be a boon to the average American employer by itself, but it isn't necessarily the most important benefit of caffeine consumption. Recent studies have shown that the effects caffeine has on the brain causes a ripple effect, which helps improve the function of several major organs including the heart, liver and pancreas.

The case for cardiac health is the most complex, with the American Heart Association admitting that studies often offer conflicting information. The primary reason for this conflict is the plethora of possible contributing factors, any of which could be interfering with their results. However, it is clear that caffeine has two documented effects on heart function. First, by blocking adenosine, caffeine reduces heartbeat irregularities. Second, caffeine temporarily increases your metabolism and releases fatty acids from adipose tissue. Despite the complications implicit in studying the effects of caffeine consumption on heart health, a 2008 study was able to positively identify caffeine with a decrease in â€œall-cause mortality,â€ with a reduction in cardiac disease being a major, contributing factor.

Improvements in liver and pancreatic function appear to have more positive results; although, it isn't clear in either case whether caffeine or another compound in coffee is totally responsible. One study found that the chlorogenic acid in coffee actively inhibits cell death in the pancreas, while caffeine amplifies this effect by blocking proteins that are capable of damaging pancreatic cells. Similarly, researchers studying coffee's effects on liver function were able to demonstrate that patients who consumed at least two cups of coffee per day experienced a decrease in the expression of hepatic fibrosis, one of several liver conditions to show a positive reaction to coffee consumption.

What these studies have in common is a clear conviction that caffeine creates a complex set of reactions within our bodies, and, so far, those reactions are almost entirely positive. Moderate consumption won't just give your employees the daily boost they need, it will also increase their chances of living a longer, healthier life. It's a win for everyone, so it may be time to pour another cup.