How to Build Confidence in Your Golf game 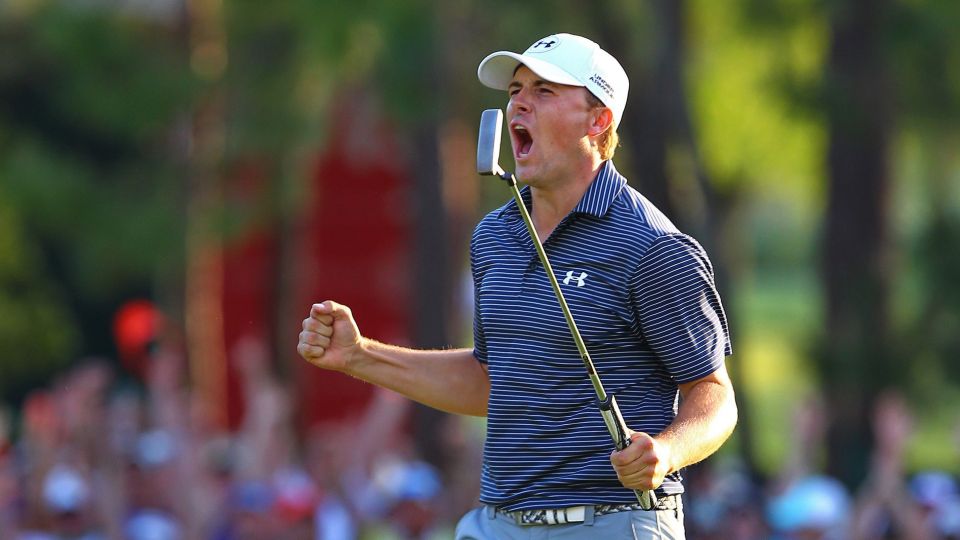 Who is Uncle Fester?

Uncle Fester is the guy who is constantly pissed off about his game. He spends his time thinking about all the negatives; every good round he has ever let slip through his fingers, all the putts that have lipped out, and how he can just never seem to catch a break. All Uncle Fester wants to talk about are his bad shots and make remarks like "That's just like me to do that.". His golf game plagues him. Even on his good days, he's just waiting for the other shoe to drop. He thinks about his bad shots constantly. In the office. Laying in bed. The nightmares fester. Every time you play with Uncle Fester you can see it on his face. Building. You can hear it in his words. You can see it in his body language when he's getting ready to hit a shot. Uncle Fester could snap at any minute. One miscue and he will become a raging inferno. Finally he misses a short putt and it's all over. BOOM! He loses his mind and his round never recovers. 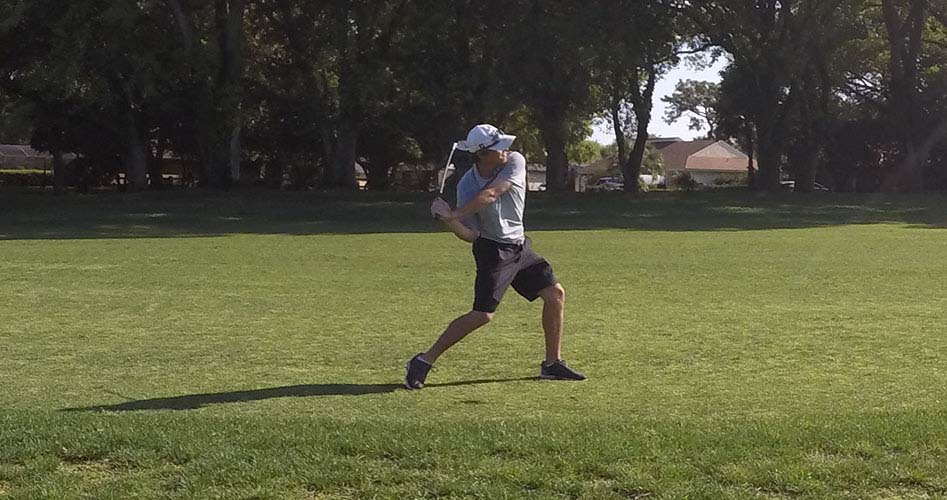 We all know that guy. He's everywhere. Some of us have been that guy more than we'd care to admit. Playing with confidence and playing like Uncle Fester are both learned habits.

What about Johnny Confidence?

Johnny confidence is a much rarer bird. This guy thinks he can do anything. Nothing fazes him. He's like a fearless child, swinging confidently in the face of any challenge regardless of the situation or what has preceded it. He walks confidently. He thinks confidently. He remembers all the good shots he has ever hit with remarkable clarity. He's genuinely shocked if he doesn't pull a shot off. He doesn't seem to have a care in the world and always shoots a little better than it looks like he should. Failure never enters his thought process. He has probably hit just as many poor shots in his lifetime as Uncle Fester, but you'd never know it if you asked him.

Confidence in golf is a learned skill. It is learned by choosing to remember your good shots and choosing to forget the about the bad ones. It is a choice that is entirely up to you.

Golf can make you feel naked sometimes. You can feel completely exposed and open for judgement as your game is on display for others to see and critique. But, the truth is, most of that is in your head. Nobody else really cares. They don't care about how well or poorly you are playing. Trying to save face after a poor shot with some sort of self-depricating remark may seem harmless, but it is a complete destroyer of confidence. Most of the people you play with aren't even paying attention when you say things like "I always do that on this hole". They have their own games to deal with. The only person who is listening when you make comments like that is you. Your subconscious mind accepts whatever you tell it as reality. It hears everything you say and simply agrees with you. Learn to reinforce all the positive things you do and disregard all the others.

Identify With The Positive

Every time you hit a good shot, say to yourself "That's like me". Make sure you only say it to yourself so you don't sound pompous. Catalog all your good shots as you play. Mark them down on your scorecard any way you want to so you can keep track. Plenty of people keep stats on negative things like three putts. If you want to remember something, write it down. If you are keeping stats for yourself and you are not making special note of your exceptional shots during a round you are doing your confidence a disservice. This process is simple enough but it requires focus to stick with it. It is very easy to slip back into old habits of negative thinking if you get lazy. Always reinforce your good shots any way you can.

Most people suck at celebrating. Negative displays of emotion always look more natural. If you see someone throw a club, they usually look pretty good at it. Almost like they've done it before. Ask the average person for a fist pump or a high five after a good shot and you'll see some awkwardness. People tend to practice their negative displays of emotion much more often on the golf course. The best players in the world have learned to do just the opposite.

People can say what they want about Tiger Woods, but he knows how to celebrate a good shot. In his prime, he was the most confident guy on the golf course, no questions asked. He knew he was better. They knew he was better. He knew they knew. Confidence oozed off of him on Sunday afternoons as he completely dominated tournaments. How many fist pumps can you remember? How many high fives with Stevie coming down the stretch? Those images stuck with all of us and you can bet they stuck with him. That's what he thought about at night. Those are the moments he waited for. He was always waiting for something good to happen so he could explode with excitement and celebrate.

You are much more likely to remember your physical displays of emotion, good or bad. If you throw a club, you can bet you're going to remember that moment very strongly. It may even feel good at the time, but in hindsight you will remember that moment and all of the negative emotions that went with it, deteriorating your confidence. That's the difference between greatness and mediocrity. Uncle Fester identifies himself with all the failures, Johnny Confidence identifies himself with the successes. It's that simple. Both are creating their own futures with what they are reinforcing in the present.

A lot of people lose their confidence the moment they get into a tournament. That's because many of them have not practiced for that situation. Playing a tournament for the first time is like doing anything for the first time. You have no idea what's going to happen. You close your eyes and hope for the best. You have to do it wrong a few times before you can do it right. Once you do it right you can begin to build confidence.

The most unproductive thing you can do for your game and your confidence before a round is hit the same shot a bunch of times in a row at the same flag. You are going to be changing clubs on practically every shot on the course. In order to be confident in your ability to do that well, you have to practice for it. As the saying goes, practice like it's a tournament, play a tournament like it's practice.

Nobody is intrinsically confident in golf. It is only after you have seen a bunch of golf balls fly in the air that you can begin to build any confidence about where it will go the next time. You practice. You get better. You become more confident. Reinforce positive emotions and dismiss negative ones. It's work to do all of that. Make sure you are working productively towards your goal. One of the biggest sources of people's lack of confidence is that they're uncomfortable in the situation they're in. Situational confidence can only be learned by putting yourself in those situations. A good portion of your practice time should be devoted to recreating those situations as best you can. Once somebody has been playing golf for a while they have memories of many of the shots that they have hit. Some are good memories. Some are bad memories. That's just the deal. Work to remember the good ones. Confidence and the ability to remember the good shots must be learned and practiced.