How To Stop Your Hips From Sliding in a Golf Swing

This is an actual golf lesson given to an Alluvit student named Elaine, who had a tendency to slide her hips forward through impact.

Let's break it down: 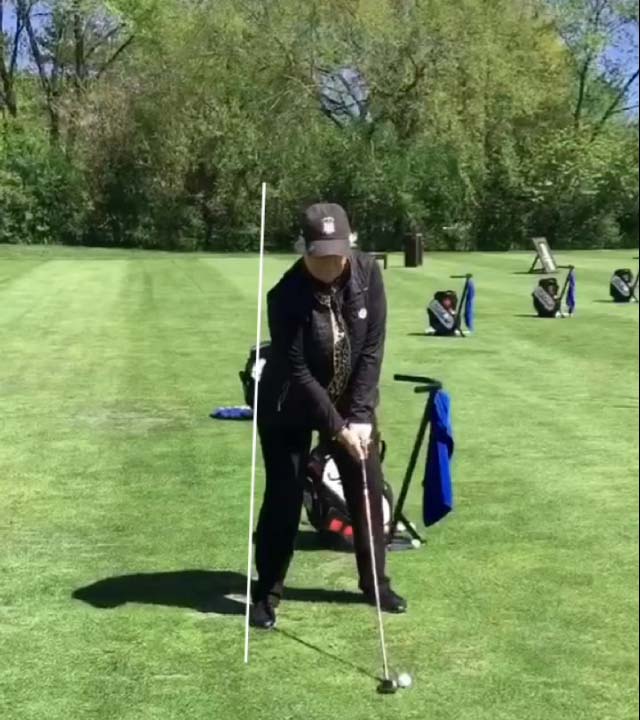 Elaine has a very good setup. She is well balanced with good stance width and a nice strong grip. Both of the V's formed by the index finger and her thumb are pointed towards her right shoulder. She is setup for success.

Notice the line we've drawn on the right side of Elaine's body at address. Ideally, her hips should remain on this line throughout the backswing.

Her Swing Halfway Back 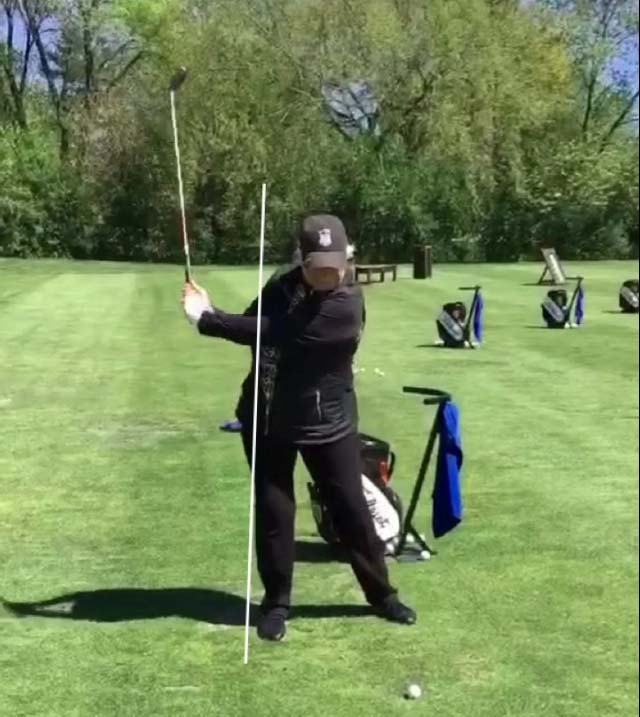 Elaine's hips have slid well outside of the line they started on at address. This prevents her from loading into her right side properly in order to generate power from her body.

Top of the backswing 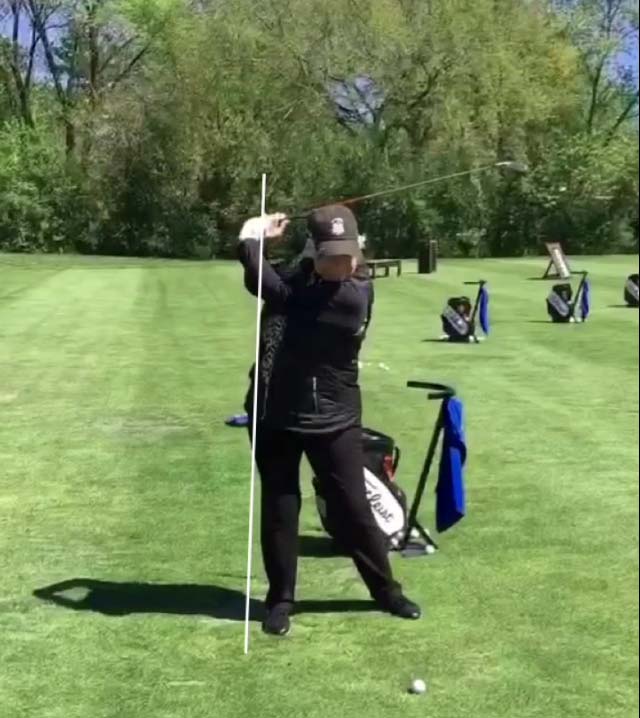 At the top of the backswing Elaine's hips are still outside of the line. She is in a little bit of a pickle here because she needs to get her hips back underneath her in order to hit the golf ball solidly. So, in order to give herself time to recover, Elaine uses a dramatic pause at the top of her backswing.

Hips are Back on the Line 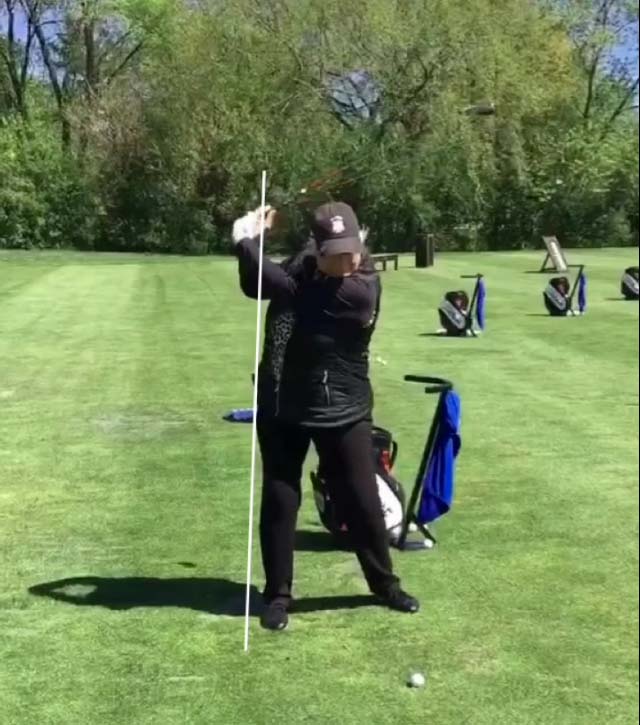 During her pause, Elaine returns her hips to the line they started on at address and is now ready to transition her lower body to start the downswing. This is a compensatory move. If Elaine's hips had rotated at the beginning of the backswing, rather than sliding, she would not need to pause to get back into position

Elaine moves the club well in the downswing and does not manipulate the club very much at all as she moves into impact. She is undoubtedly very accurate because her hands are quite and her body initiates the downswing 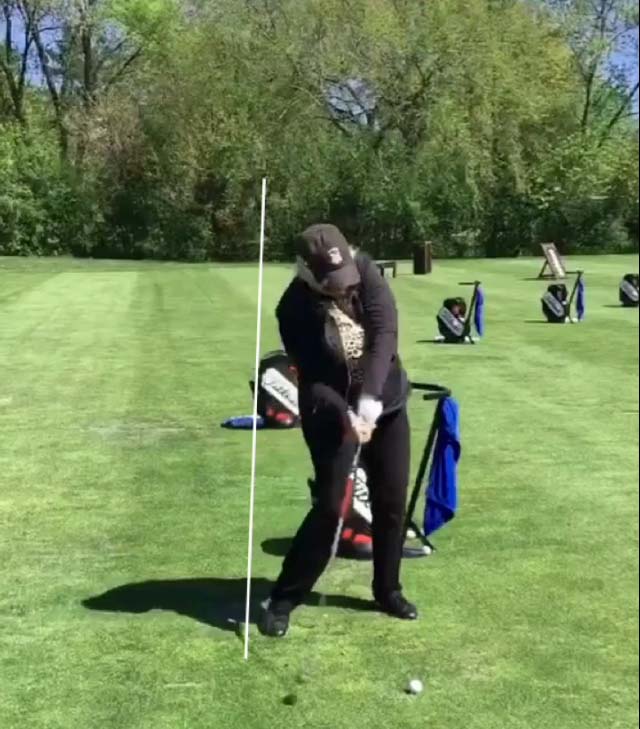 Elaine returns to a very nice impace position with the club and her left arm virtually forming a straight line. She did not store a lot of power during her backswing but she has done a phenomenal job of returning the club to a proper impact position. 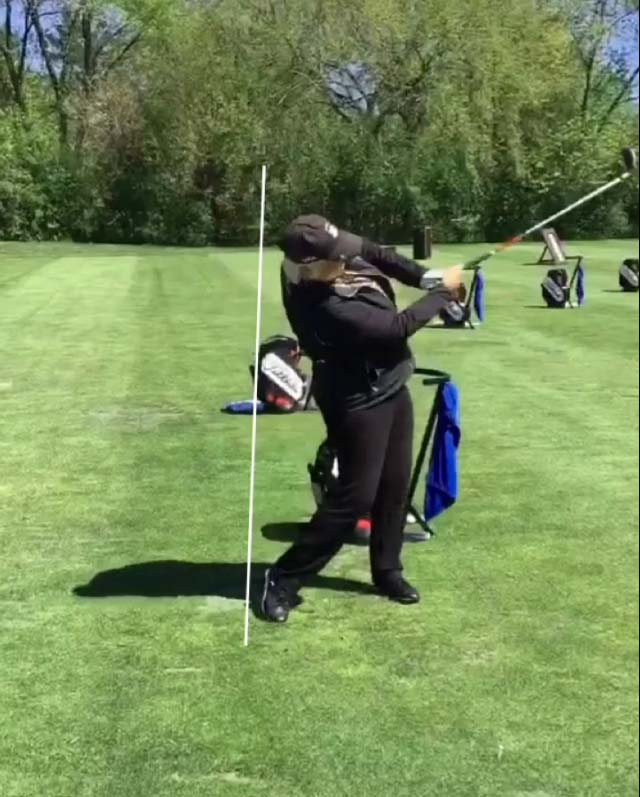 Her hands and arms begin to collapse slightly in the follow through because she is attempting to use them to make up for the power she didn't create with her body coil. This is an effect rather than a cause.

Now, Here's How to Fix Your Hips From Sliding 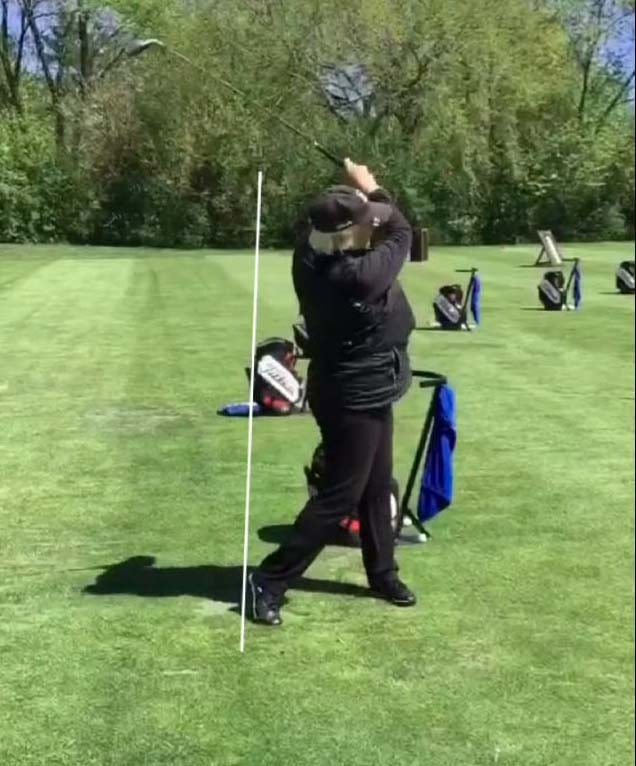 Since Elaine's main struggles all stem from too much lateral hip movement on the backswing, her fix is simple. She needs to picture that her right hip is resting against a wall at address. Her goal should be to not put any pressure on the wall with her hips throughout the swing. It will feel as though her right pocket moves on a straight line parallel to the wall, rather than perpendicular to it.