Fried egg, buried lie, plugged. Call it what you want, when you find your ball embedded in its own pitch mark in a sand trap, things can get interesting quickly. You cannot hit this shot like a normal bunker shot. If you try, the odds are you will leave the ball in the bunker or blade it over the green. Fortunately, there are some tried and true methods for getting the ball out and as close to the pin as possible from such an unfortunate lie.

Note: This first technique is the one we recommend for most golfers. It is very effective for getting the ball out of the bunker in one shot. 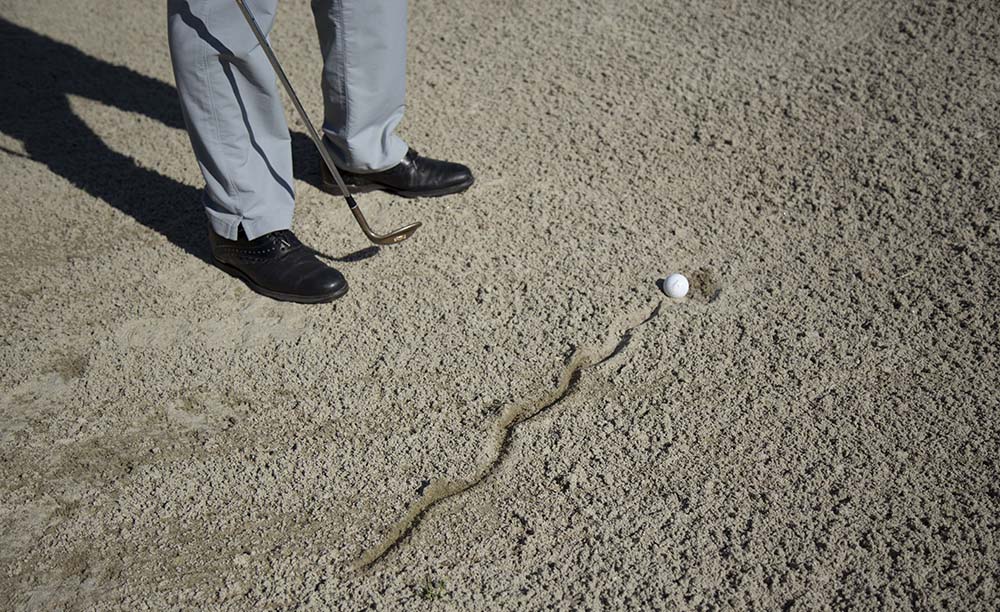 Imagine that your golf ball is the head of a snake and that the snake's tail extends on a line away from the target. Your goal is to successfully chop the snake's head from its body with the leading edge of your club. Although graphic, this truly the best representation of what you're trying to do when hitting this shot. The bottom of the golf ball is sitting well below the surface of the sand. In order to get your club underneath the golf ball, your club must pierce down into the sand at a steep angle.

In order to chop the head off the snake (read: get your club under the golf ball), you must use the leading edge of your golf club because it is the sharpest. To make this easier to accomplish, you need to close the clubface at address. This allows the leading edge to be pointed more directly at the ground. You don't really have to worry about closing it too much at address. Many great players hit this shot with clubface pointing at their left shoe. The direction of the golf ball is almost entirely a product of your swing path in the bunker because the clubface never actually makes contact with the golf ball. Go ahead and close it as much as you want, it will only improve your chances. 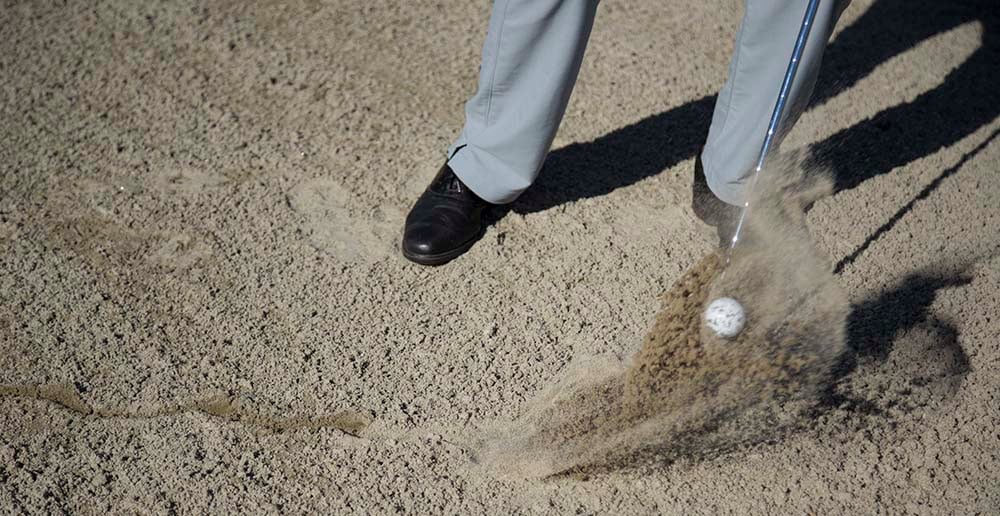 Swing with enough force to chop down behind the head of our imaginary snake and sever its neck from its body. Your club will not travel very far after impact, which is perfectly acceptable. The swinging motion is similar to chopping a piece of wood. When you chop down behind the golf ball it will pop up into the air and out of the bunker. It won't have much spin on it or look very fancy, but the goal on these buried lies is to get the ball out of the bunker in one shot and move on.

Note: This second technique will give you the ability to hit the shot a bit higher and softer. But it is more difficult and should only to be used by proficient golfers.

We give credit to a caddie named Kyle Watson for this second method of hitting a fried egg. Everyone called him Carl and to this day no one around here knows why. He and one of our Alluvit golf experts walked up to a bunker during a >Web.com Tour practice (now the Korn Ferry Tour) round and saw that the ball was buried. When Carl was asked if he wanted to bet that he would get up and down, Carl replied "No, that's just a little heel digger. No problem." Kyle/Carl has caddied for a lot of professionals and has obviously picked up some things throughout the years. The following technique is the result of that simple response: 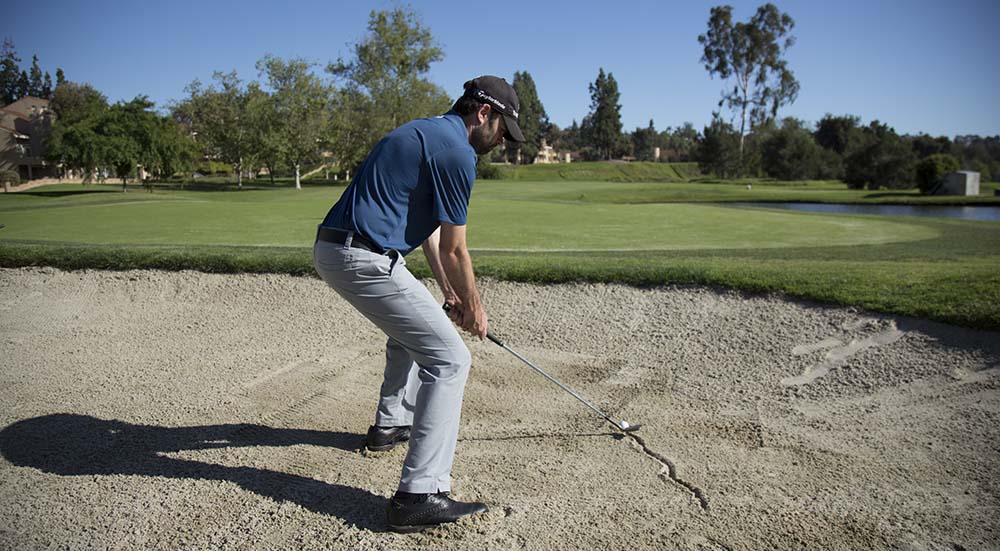 The swing itself is a chopping motion much the same as the chopping motion described in Method 1. The follow through will still be very short and abbreviated. But instead of trying to dig the leading edge into the sand, the goal should be to dig the heel of your golf club into the sand. This should be your entire focus during the swing. Digging the heel of the club into the sand will cause the club to close slightly through impact and lift your golf ball out high and soft. It requires a lot of swing speed and a little bit of practice before you have confidence that it will work. It is truly amazing how effective this shot is once you get it down. If you are able to master this technique you will be able to get the ball to stop pretty quickly out of lies that seem impossible.