When you ask someone how they hit a 50 foot putt, often times they will struggle for something meaningful to say. The realization is they probably couldn't tell you because they don't practice it very much, if at all. Long putts are something that we all get while playing and they need to be practiced because they can save you strokes. Being able to 2-putt from long range allows you to play safe when your in trouble off the tee.

When it comes to lag putting, distance control is everything. If you don't get the distance correct, you have no chance to get the ball close to the hole. It's very rare that you will misread the break by ten feet. But it is very common for people to come up ten feet short or blast one ten feet by. The reason is because people neglect practicing these putts and have no feel for the distance.

Distance control is the most important part of lag putting. We can't emphasize this enough so we said it twice. Here are the best ways to dial in your distance control on the greens. 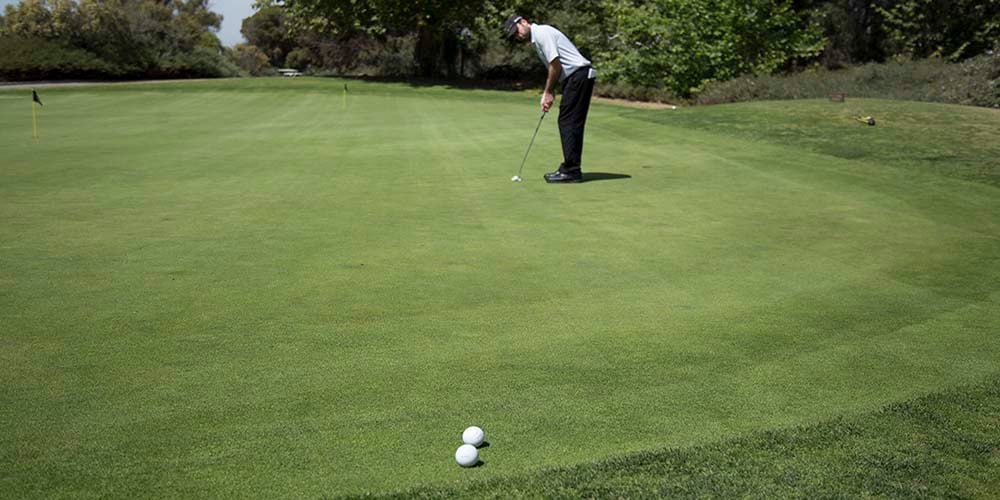 Putting from far away requires a feel for the green and the contours on which your ball is going to roll. Utilize these tools to help you picture how the ball will roll:

There are many different ways to practice lag putting. Getting the ball inside of a 3 foot circle allows a stress-free 2 putt. Try these tips:

Being able to 2-putt from anywhere on the green can keep the momentum in a round going. It can allow you to play safe when you are in trouble. Distance control is everything in lag putting so do yourself a favor and hit some putts before you tee it next time.